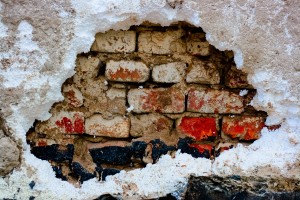 I mediated recently for a couple that had separated a few years ago. They had worked hard to make agreements that worked for them and for their kids. However, their agreements needed to be updated because of changing situations for them and the kids. (This is very common – the family evolves and so do their needs. Thankfully, mediated agreements are easily changed to evolve with the family members’ lives.)

There was some emotion involved in this mediation (again – very common), but the highest level of emotion for each of them was displayed in 2 specific moments. While the moments were at two different times, the theme was the same. Each of them became the most angry when they thought the other had challenged their level of commitment to their children. After the details of the issues at hand were dealt with, I took us back to those two moments of greatest anger to encourage these parents with this point. While they were both clearly concerned with the financial issues, the communication issues, etc., their emotion gave evidence that the thing most important to them was being committed to their kids and giving them the love they needed. Even though the marriage had ended, they were largely on the same page with respect to the things that mattered most –the children. I was pretty encouraged by this and with that realization I think they were too.

It is so important to highlight what is working in these situations as it gives perspective to the conflict and hope for the people involved. In your conflict, what IS positive? What IS working? How can focus on those things help to break the log jam?