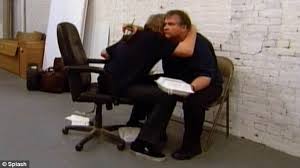 I am interested in conflict and what we can learn from it. I was watching Celebrity Apprentice when another conflict arose, this time between Gary Busey and Meatloaf –maybe you saw it too. (You can find it on YouTube, but it is a little rough, so you may not want to watch it with your kids.) It was a fairly dramatic conflict with high emotion –sparked by a misunderstanding. However, I was impressed with the positive example it was about how to resolve conflict well! Here is what I noticed:

In the end, they used the conflict positively. As a result, they had a deeper relationship and others were able to see conflict being used positively.

The other thing that struck me was this: if 2 people can have such emotional conflict when they hardly know each other, how easy is it for families, coworkers, etc. to experience high emotion conflict? When we do, I hope that we will take advantage of it to learn lessons and deepened the relationship like Gary and Meatloaf did.